Her past awards include local radio personality of the year by Billboard Magazine and Talkers Magazine's 100 most important radio talk show hosts. Her radio broadcasts took her from the war zone in Bosnia to the opening of the Hard Rock hotel in Las Vegas to concerts and interviews with countless bands and rock stars around the world. Steele also created the highly successful e-commerce venture the space store. Her latest venture is smart girls rock, an online community to encourage girls to make smart the new cool. She also created operation national anthem, a series of videos from US soldiers serving in Iraq, to be played at events prior to the singing of the national anthem. For that website, Reader's Digest named Dayna one of the "35 people who inspire us" in that issue. My book review of Rock to the top, what I learned about success from the world's greatest rock stars by Dayna Steele.

If you miss this very informative show, it will be available for free download as a podcast for iPod, iTunes, and MP3 players; or play it right on your computer. To download this, or any other of my guest interviews, go to the Blog Business Success host page and click on Archived Segments. Once there, click on the podcast icon at the end of the episode description, to download the show free of charge for your listening enjoyment. You can also subscribe to the show feed. Let's talk with entrepreneur, broadcaster, and author of the best selling and highly motivational book Rock to the top, what I learned about success from the world's greatest rock stars, Dayna Steele as she shares success secrets from legendary rock stars including Van Halen, Aerosmith, and KISS. She shows how you can use their ideas and techniques to become a business rock star on blog business success radio.
Email ThisBlogThis!Share to TwitterShare to FacebookShare to Pinterest

So we are two weeks away from the big move. Never again! How to families do this? I'm exhausted. So of course blogging has taken a hot but I thought I'd share some phone photos of recent days in our home by tumblr. Chaos and all. Bo chilling out in the hammock at the Cottage. The girls sideline at Daddy's softball game. Jordan & I celebrated many years of marriage (today) but we went out for dinner last night. I made these pretties for the shop! Jemma being "all fashion" (her words, not mine). The girls worked hard to decorate for Daddy's birthday. Jemma and I in the car (yes, I'm in the back). O, Canada. My little monkey. That's all for now, sorry I don't have much more to post about, but I definitely will very soon once we are settled in the new house! Exciting, exhausting times!
Email ThisBlogThis!Share to TwitterShare to FacebookShare to Pinterest

Characters with Beating Hearts - The End

I've mentioned this before, but it bears repeating: when you write a script, either for stage or screen, you don't know which actor or actress will play the characters you create. So you have to focus on what they are inside, more than what they look like. You will know the basics of sex and age and you need to know what they do (and sometimes don't do!). But the bulk of your time is spent figuring out what they want, what they will do to get what they want and who will try to stop them. I have an article on my website about this process called "Getting the Wood Out." In the article I go into more detail about my character discovery process. I quote from that article: "In his book, Playwriting: The Structure of Action, Sam Smiley identifies basic character traits, from the simple-tangible to the complex-intangible, that are important to good character creation. By understanding and using these traits, you rise above simple craftsman to character magician, resulting in characters that linger after the last page is turned". Everyone has different methods of character discovery and I am a huge proponent of sticking with what works. The end goal is the same: creating characters with beating hearts that hook the reader and keep them from first word to last.
Email ThisBlogThis!Share to TwitterShare to FacebookShare to Pinterest


In the run up to, and during the release of Girl Gone Nova, I've done a ton of interviews in a lot of different places. While the questions I've been asked have been, for the most part, unique, there is one question that's popped up a lot: When did you decide to become a writer. I answered it in a variety of ways, mostly based on my mood the day I did the interview, but the last couple of months, as I launch into a new book, I've come to realize that there is another answer to that question (thought my previous answers were also true). I became a writer before I knew I'd be a writer. I became a writer when I started to read, really read. I became a writer when I became a reader. It took me a while to reach the point of creating my own fiction, but as I was reading, I was learning. One of the essential lessons from that reading is that characters are the beating heart of good stories. It's the characters that drew me, and kept me in, the books that I still love to read today.

The challenge for any writer, I don't care how long we've been at it, is to make our characters come alive. At first, they come alive for us, so we can become partners in telling the story, and then they come alive for readers. Sometimes characters arrive in my head fully formed and very pushy. That doesn't mean that I get a pass on working the character out, because I still have to have my personal "meet and greet," I still have to get inside their head and find the right words to make them live on the page. But what about those times when I have a plot and have to find the right people to experience that plot? Often it's like watching a stage filled with shadows, some that shift and some that disappear as I try to get close enough to see and hear them talking. I began my adventures in writing with stage plays, so it is natural for me to see my story like that, as if were playing out on a stage or movie screen with me in role of scribe.
Email ThisBlogThis!Share to TwitterShare to FacebookShare to Pinterest


Bernadette Faith Carsten's Dagon. Sometimes an illo comes along that's just plain old good creature design. Capturing the mechanics of movement with static form is incredibly difficult, and this artist does it with what feels like casual ease.  The extra research that Bernadette put into her depiction really shines through, and her pose maximizes her fun kinetic choices. Craig Spearing's Shaggoth who is from www.cartoon-coloring-page.com, the free project for kids coloring pages. Evocative, atmospheric, and downright scary, Craig's Shaggoth fits the text classically and to the to the letter, with good scale provided and lovely lighting (drawn from the text). Victor Corbella's Byakee. Working on Arkham Horror and the Call of Cthulhu card game, I've been looking at Lovecraftian images-big batches of them for a long time, and it's not very often that I run into a monster design that breaks the mold of what has been done before so elegantly, while staying within the text.

Hybrid creatures are especially tough... they can very easily end up a stitched together thing, instead of a whole and believable creature in their own right. Victor's Byakee is alien, believable, and well, read the quoted text. It'll tell you. Bram Sels' Shantek. When dealing with creatures that no mortal can look upon and retain his or her mind, it's easy for an illustrator to overlook little questions like how that creature's form interacts with the elements of its environment. Not only is the lighting in Bram's image fantastic, but it shows you that this creature actually has flesh. The delicate transparency in the wings, the veins running through them, let you know that this thing is a Real Thing. The light slanting through the holes in those wings adds not only a visual sense of majesty, but a mental hey wait a minute...
Email ThisBlogThis!Share to TwitterShare to FacebookShare to Pinterest

It's an ineffably old-fashioned way of selling a very new platform, the mobile medium. T-Mobile's the first network to lead in their advertising on delivering the internet - all of it, not just snippets, they say insistently to your mobile. And all the other stuff that goes with full medium status, like alerts to Robbie's new output, discounts for his concerts and messages from Pizza Hut. There's a long tradition of "star cameos" US TV of the 1970s and 1980s especially where the star pitches up as his wonderful self and puts all the fictional people around into a deeply embarrassing, skin-crawlingly kind of tizz. The T-Mobile commercial conforms in every particular. There's a Robbie fan, a wonderfully ordinary woman with an Anglia TV local reporter 1992 kind of look, getting an alert on her mobile, "Robbie seen in hotel", and plunging into Hotel Babylon to find him. Inside, everyone's a bit Robbie, the man on reception, a child on a sofa, a floor-cleaner with a machine, a groom in an awful suit have all been computer-tricked to look Robbie-ish. The poor girl's looking distinctly flakey when she steps back and bumps into the real, completely evolved jacket and T-shirt, wry charm and laddish swagger Robbie thing. I can't tell you how often I've seen this bit of choreography, but I know it's completely formula-compliant. The quizzical acknowledgment, the momentary eye-contact, the moving on. There's probably an American word for it, and it's own dissertation ("fiction and reality in the post-war celebrity cameo"). The product's called Web and Walk, T-Mobile's German and Robbie's back in the Rolls to W11 by now.
Email ThisBlogThis!Share to TwitterShare to FacebookShare to Pinterest
Older Posts Home
Subscribe to: Posts (Atom) 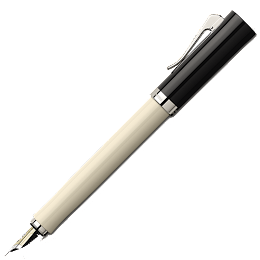